DC has been churning out consistently strong animated features for several years now. This line of movies has adapted iconic storylines such as The Dark Knight Returns, Batman: Year One, The Death of Superman, JLA: Tower of Babel and more. Its latest release, Justice League: War, is the start of a new shared continuity between upcoming titles. The mid-credits scene of that movie hinted at a follow-up focusing on Aquaman. Son of Batman and Batman: Assault on Arkham are also slated for release this year. Below, I’ve compiled a list of ten ideas that can be used for DC animated movies in the future. Some of these can work within the new continuity started by War, while others would work better as standalone features. 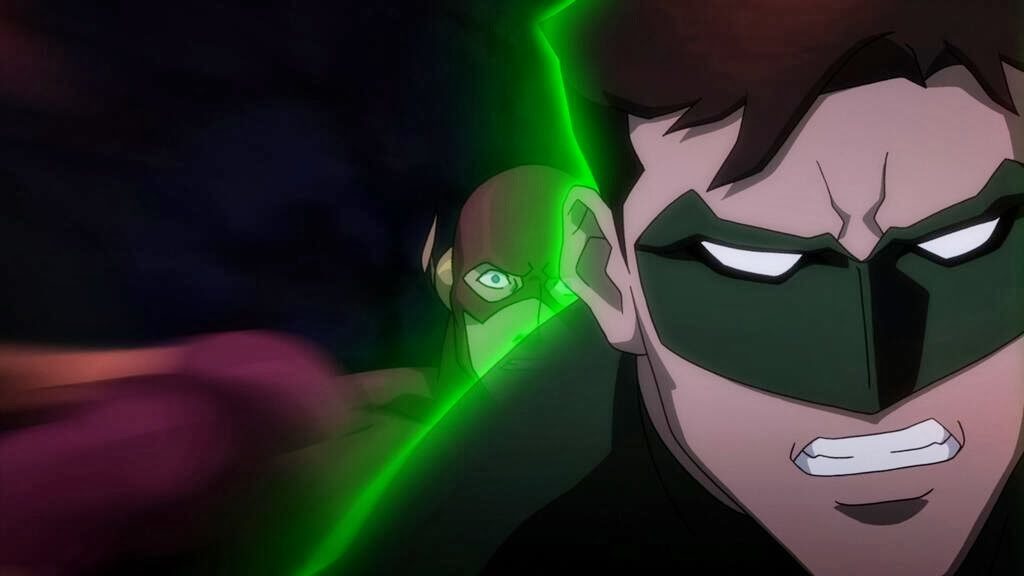 Hal Jordan and Barry Allen have always been depicted as best friends. Their chemistry is interesting enough to hold their own buddy cop-type movie. The two apparently knew each other before the events of Justice League: War, so a film starring The Flash and Green Lantern set before the formation of the Justice League would be cool. As for the villain, I would choose Gorilla Grodd. The ape has received little love in DC’s animated movies, having only small appearances in Justice League: New Frontier and Superman/Batman: Public Enemies.
Batman Beyond

Batman Beyond started out as an animated series that ran from 1999-2001. Set in the DC Animated Universe kicked off by Batman: TAS, this new series follows an older, retired Bruce Wayne as he trains teenager Terry McGinnis to become the new Batman. It’s a premise that would be engrossing to see in a movie. In fact, Warner Bros. was briefly developing a live action take on Beyond before moving forward with Batman Begins. Still, a full length animated movie could be great, especially since Batman Beyond was recently incorporated into the New 52 continuity.
Green Arrow: Escape From Supermax

Green Arrow’s popularity is at its peak right now, with the success of The CW’s Arrow. While there are seemingly no plans to bring the Emerald Archer to the big screen, an animated feature would also be fun to see. The Escape From Supermax script was written by David S. Goyer and Justin Marks, and sees Oliver Queen imprisoned for a crime that he didn’t commit. He attempts to escape the prison, which is filled with DC villains. Joker, Riddler and Lex Luthor were set to cameo. Since it looks like that script won’t be made in live action, they can use it as a basis for a full length Green Arrow animated film.
Superman/Wonder Woman 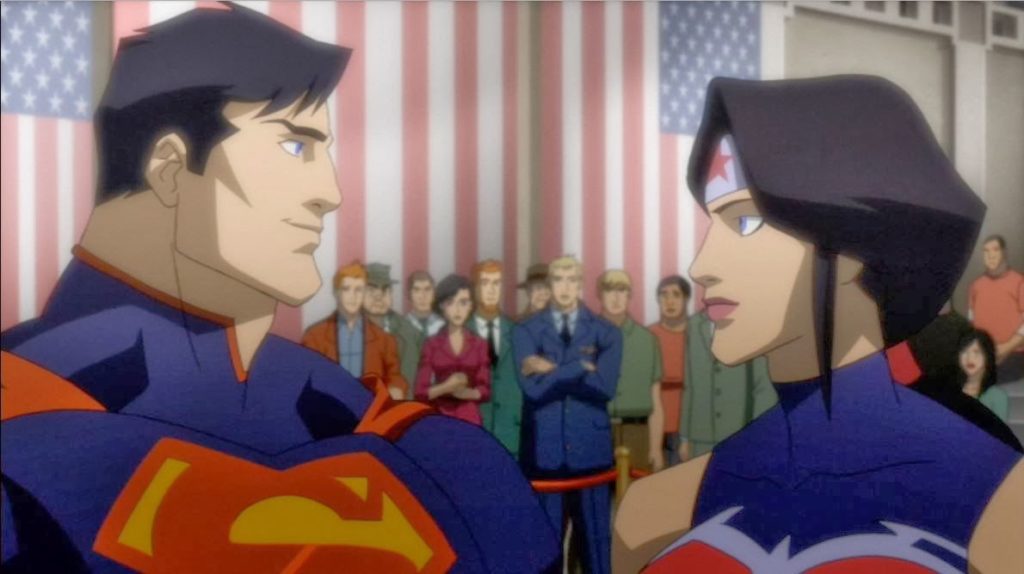 Superman and Wonder Woman began a highly publicized relationship in the New 52, something which is clearly hinted at in Justice League: War. A film starring the two would be interesting to see, as it would flesh out their budding romance. The two are even the focus of an ongoing comic series, which began last fall. While Diana Prince deserves another solo outing after the 2009 movie, there are no plans for that. In the meantime, she could be the focus of a Justice League feature or co-starring with Superman in their own movie.
Batman: The Court of Owls 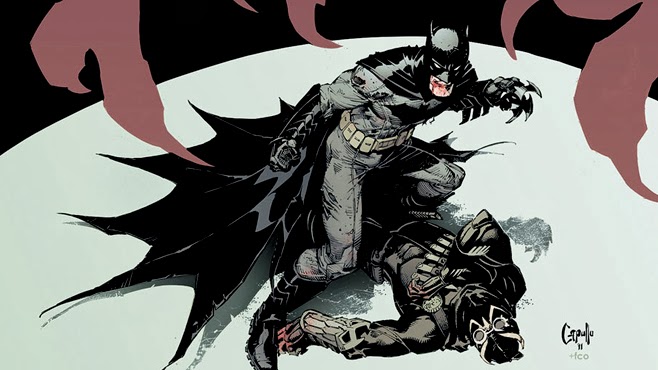 The first story arc of Scott Snyder and Greg Capullo’s New 52 Batman run pitted the Caped Crusader against a completely original foe. The Court of Owls had been secretly working within Gotham City for centuries, and deaths by their hands catch Batman’s attention. This storyline is one of the best Batman arcs within the past decade, and if DC is interested in adapting a New 52 series starring the Dark Knight, Court of Owls should be at the top of the list.
Green Lantern: Sinestro Corps War 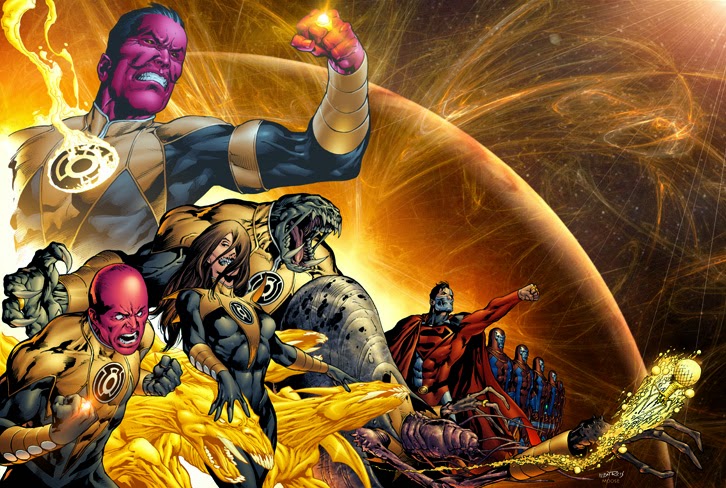 One of the most acclaimed Green Lantern arcs ever, Sinestro Corps War is ideal for a movie adaptation. DC’s Dan DiDio expressed interest in adapting the storyline into an animated feature. The story follows an epic war between the Green Lantern Corps and a Corps led by the villainous Sinestro. This arc probably would have been the plot of a now highly unlikely sequel to the live action Green Lantern film. However, an animated iteration would be great to see.
Batman: The Killing Joke 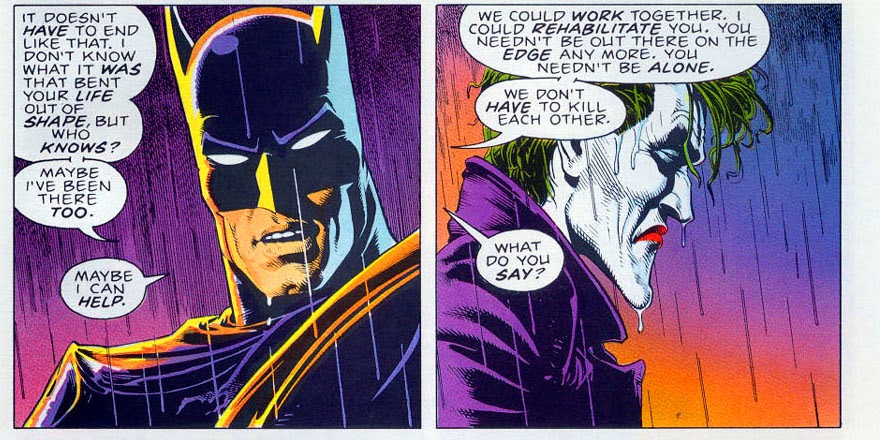 One of the most iconic Batman storylines to date, The Killing Joke offers an origin tale for The Joker. The villain’s long-running war against Batman is also a key subject. Other well-known elements include the shooting of Barbara Gordon, the interrogation between Batman and Joker, and the ending. The graphic novel also influenced Heath Ledger’s take on The Joker in The Dark Knight. An animated adaptation would be fascinating to see. Plus, Mark Hamill, who has voiced Joker in numerous incarnations ever since Batman: The Animated Series, said that he would come out of retirement to reprise the role in a Killing Joke movie. Such a film could serve as a swan song for Hamill and longtime Batman voice Kevin Conroy.
Superman: Red Son 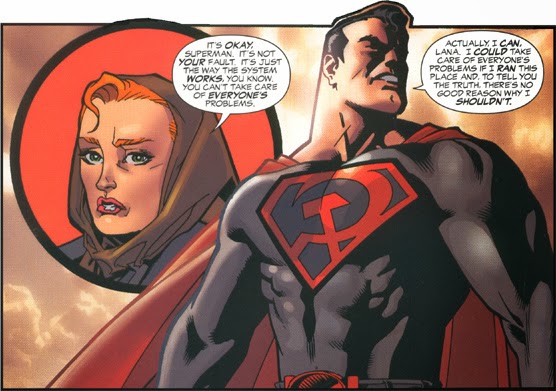 One of the most intriguing “Elseworlds” storylines in DC lore is Superman: Red Son. The Mark Millar-written series depicted a world where baby Kal-El landed in Soviet Russia rather than the United States. While an animated movie would be controversial due to its subject matter, it would offer a never-before-seen look at the Man of Steel. Red Son is one of the story arcs Henry Cavill read to prepare for his role as Superman in Man of Steel, while DC animation producer James Tucker has expressed interest in adapting the series.
Aquaman: The Trench 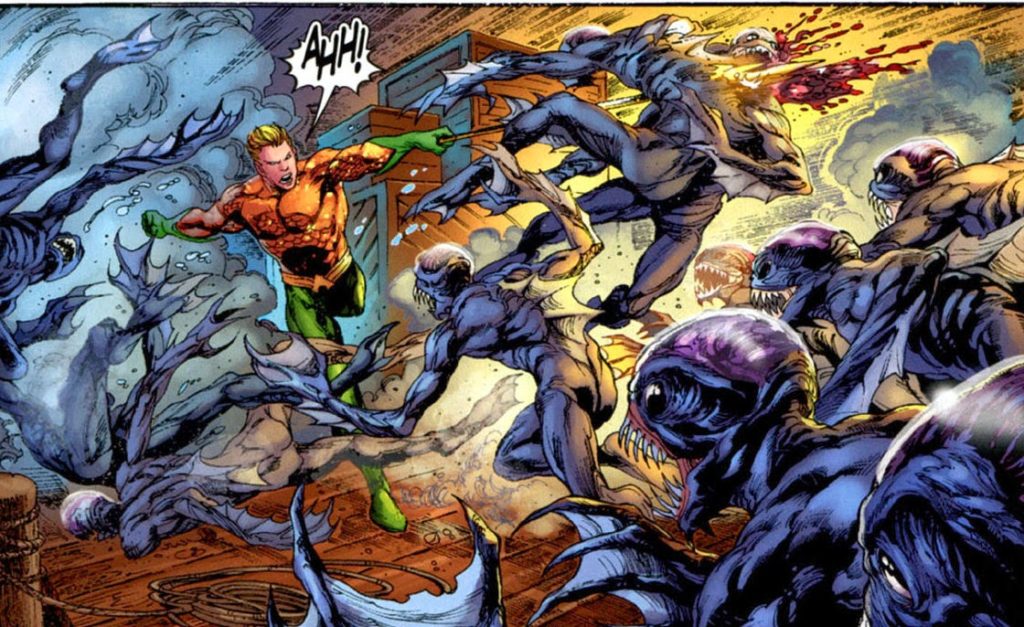 Aquaman will finally receive some love in an upcoming DC animated feature, likely a follow-up to Justice League: War. While not confirmed, it looks like the next New 52 adaptation will take on Throne of Atlantis. After that, though, I’d love to see a solo Aquaman feature. His first story arc in the New 52 was “The Trench”, which sees the King of Atlantis take on a race of creatures from deep beneath the ocean. The storyline shows just how much potential an Aquaman movie has, be it animated or live action.
Batman vs. Superman