In an interview with People’s Choice, costume designer Michael Wilkinson once again talks about the process of creating the suits for Batman v Superman: Dawn of Justice. He worked on the costumes for Superman, Batman, Wonder Woman and Aquaman, among others. Wilkinson describes this process as going out of his comfort zone, but he sounds very proud to have been a part of it.

Wilkinson goes on to explain his research in creating these superhero suits, and how he wanted to show audiences something new while staying true to the characters. “To get ready to design the costumes for Batman v Superman, I really did my homework. I immersed myself in the long histories of these iconic characters — Superman [Henry Cavill], Batman [Ben Affleck], and Wonder Woman [Gal Gadot]— I studied how they have been portrayed over the last 75 years on film, on TV, in comic books, graphic novels and video games. I studied what they mean to people, what they stand for, why they are important. I started an exhaustive search for new materials and technologies — original ways of portraying these characters that would be unlike anything audiences have seen before. I wanted the costumes to help make the characters inspirational and relevant to modern audiences.”


Regarding exactly how different these costumes will be from what we’ve seen before, Wilkinson takes a closer look at the process of creating the suits. He also offers some hints at the characterizations of Batman and Wonder Woman in the film, and how their suits relate to them. “We tweaked the Superman suit only slightly from our suit from Man of Steel. We streamlined plus sharpened the details of the costume a little to suit the more earthly (less alien) context of this film. The batsuit is a complete 180 degree turn from the previous film incarnations — our Batman’s power comes from his incredible physical strength and fighting skills, not from armor. The director Zack Snyder wanted him to look as much like the comic book version as possible — to be respectful to the original source. As for the Wonder Woman suit, well she has never been seen in a film before, so there was nothing to compare it to! There is of course the costume from the TV show. Zack wanted our character to be a fierce and intimidating warrior — gritty, battle-scarred and immortal.”

As for further specifics, Wilkinson says, “Zack had a great idea to have some kryptonian script subliminally included in the details of the suit, so we made that happen. There is ancient Greek script on Wonder Woman’s weapons too. My favorite details of the batsuit are the brass knuckles on the gloves.” 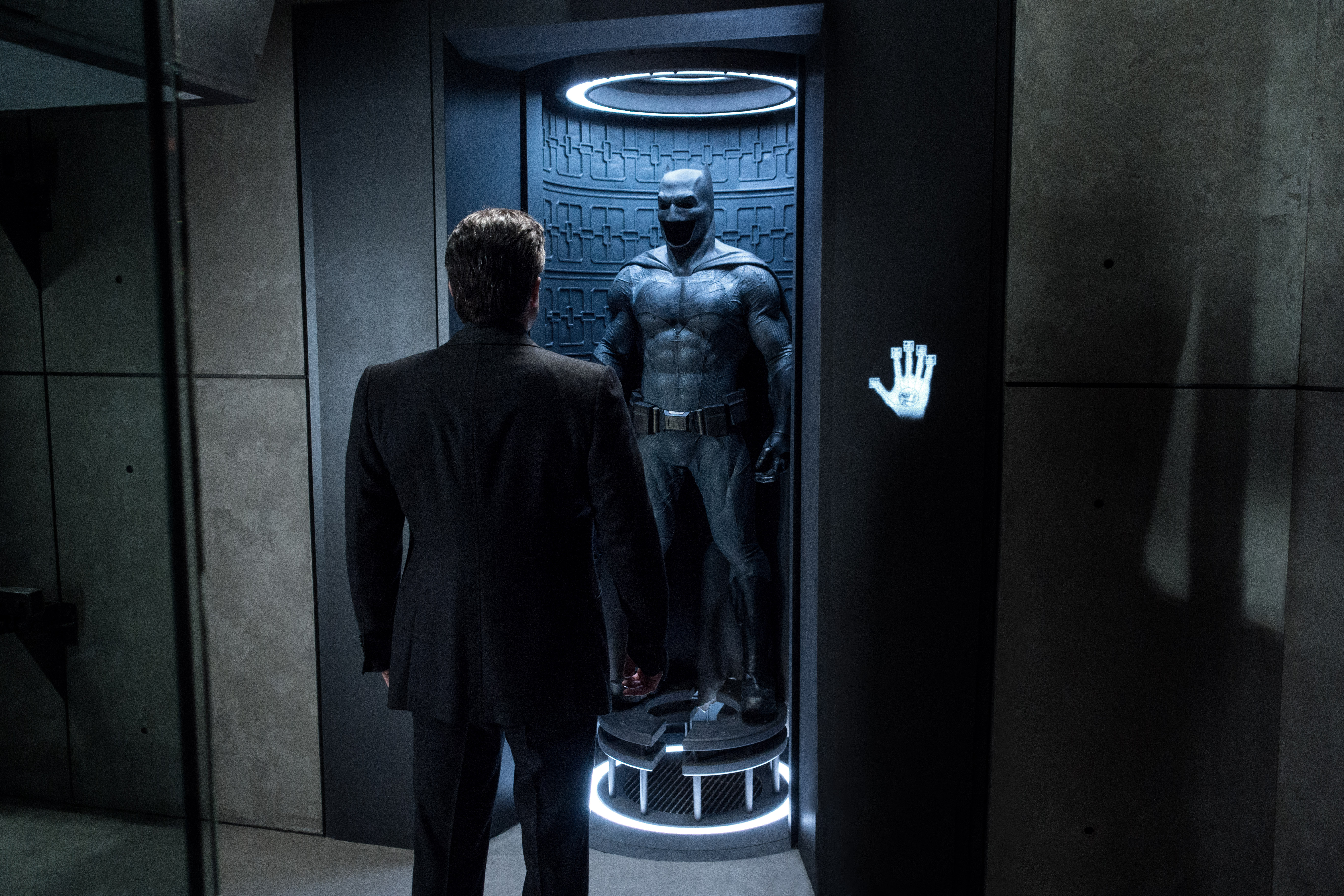 Wilkinson then says that during Ben Affleck’s first Batman fitting, the actor was “hooked,” and the Batsuit made him feel “powerful and intimidating.” The costume designer goes on to praise the Dawn of Justice cast, as well as director Zack Snyder. He also reveals that the suits will be seen on a worldwide publicity tour “in the next few months,” in cities such as Los Angeles and Tokyo.

Wilkinson adds that the Aquaman suit “really became a part of” actor Jason Momoa, and it was hard for the two to part ways. And as for whether or not Wilkinson will return for Justice League, which begins production early next year, he says, “Again my lips are sealed. All I can say is that I am very excited about the year to come.”


For even more from Wilkinson, check out the full interview at the link above. Stay tuned for more as we have it.

Looks Like JUSTICE LEAGUE is Coming to iTunes This Month