Star Wars Legends. The books, the comics that kept Star Wars fans satiated after the original trilogy released, and continued releasing new content through the prequel trilogy, up until that fateful day in October of 2012 when Disney bought Lucasfilm. Later, it was announced that Disney would be rewriting Star Wars canon, and everything besides the movies and The Clone Wars would move to a new division of Star Wars. The Legends. Quite an uproar was made, but Disney continued with their plans, and the stories the Legends told have been, and will continue to be rewritten by new authors. A select few Legends have been made canon, such as Admiral Thrawn, with Thrawn’s original creator Timothy Zahn returning to write the Chiss’ new story.

Disney has been selective with the characters they’ve chosen to extract from the Star Wars Legends series. I’m here to tell you who I think should be next on the list that they recreate in the Star Wars canon. The characters I am pulling for this list are all characters whose stories were after or during the original trilogy, with some select honorable mentions from the Old Republic Era. Be it the era chosen, the storyline for these character would have to change in some way shape or form. But if Disney can pull the essence from these characters, it would be enough for me.

Disclaimer: I only included characters I thought who could be reasonably included. Characters like the Solo children, or Ben Skywalker were not included as a key part of their story is being a child of the big three(Luke, Han and Leia). Also there are SPOILERS below for the Legends era of Star Wars.

Corran was one of the first Legends characters I became attached to, which bumped him onto this list when I decided things. He’s a detective turned X-Wing pilot(specifically a part of the famous Rogue Squadron) from Corellia(like Han Solo). Corran was one of the first Jedi Luke Skywalker attempted to train when he began the New Jedi Order. He left the training in the beginning and went on a journey to discover his roots. Corran is a descendant from a rare Jedi from the Republic, one who was a guardian on his planet, and had a family. Corran eventually returned to finish his training with Luke and became a full fledged master in the New Jedi Order. He’s a stubborn family man, with a wife and two children to his name, and wise council for Luke to have. Corran is also one of the few Jedi who can’t use telekinesis(except in rare circumstances).

Horn’s backstory wouldn’t require a ton of changes to fit into canon. It would be his post original trilogy story that would have to change. You could definitely see him rejecting attempts from Luke to train, and become a Jedi, and perhaps see him as a founding member of the Resistance. He’s a very serious character, and he could be the pragmatic voice that helps Leia when she figures out the First Order is real. Personally I’d enjoy seeing this character on the big screen and I think he could fit well in the new canon. 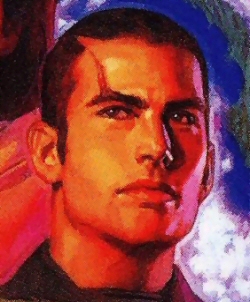 Jag is one of those characters you can like or you can hate. A human, his father Baron Soontir Fel was the head of state for the Imperial Remnant. Fel and his siblings grew up with the Chiss, and were a part of the Chiss military. The military did Fel well, and he achieved the rank of colonel by the time he was 18. He met his uncle Wedge Antilles and his wife, Jaina Solo during the New Republic’s war with the Yuuzhan Vong, and proceeded to return multiple times to help the New Republic and romance Jaina. He left to return to the Remnant, and found himself against the Jedi as they defended the Chiss’ and therefore his attempts to exterminate a species. Jagged Fel would return to the side of the Jedi in the Second Galactic Civil War, and Luke Skywalker would eventually put him up for head of state of the Imperial Remnant. He would later marry Jaina Solo, and become Emperor of a revived Empire.

I really enjoyed Jag Fel’s character as it really spoke to me, and was definitely one that resonated with my personality type. He’s a leader, but also willing to follow someone who knows better so long as the rules are properly outlined. With the addition of Admiral Thrawn to canon, we could see the Chiss Ascendancy become more present as the timeline for Star Wars is fleshed out. Jag could be the descendant of the Imperial liason Eli Vanto, and return to assist the First Order, but form a companionship with one of the Resistance members captured. I can also see some semblance of this character in Cardinal, a stormtrooper who was replaced by Captain Phasma, and before he could be killed, was rescued by a spy, and came to the Resistance. There’s a ton of potential for where a version of Fel could come in, which should leave fans of the character excited. 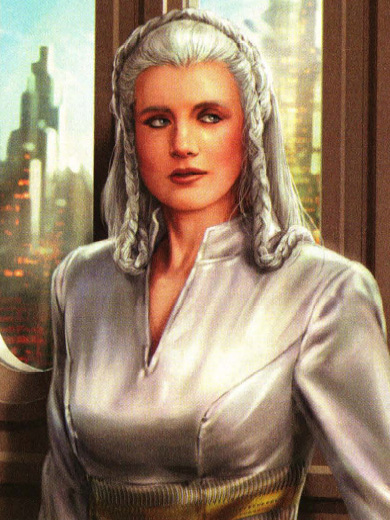 Some may disagree with me on this, but Winter is a character I feel is desperately needed for the new canon. Winter is the daughter of Alderaanian diplomats who were killed, and was the companion for Leia Organa when she was younger. Winter is Leia’s right-hand woman, and works for Leia as a spy to help further the causes of the Rebellion, the New Republic, and the Galactic Alliance. She eventually marries Tycho Celchu, a member of Rogue Squadron, and Wedge Antilles’ best friend.

Winter is so unbelievably powerful. Not in the Jedi fashion, but just in her senses, and style. In every scene her character is present you can just tell the other characters move to follow her. She oozes confidence, and is a great voice of reason for Leia. You could see her in canon being the same thing, Leia’s helper, her confidant, and her spy. It would be beneficial to have that someone who could speak to Leia’s upbringing on Alderaan, and just see Leia is not alone in what she’s done, from the Rebellion to the Resistance.

And now for the only villain on this list. Admiral Natasi Daala was the first woman in the Empire to be promoted to Admiral(with some help), and was left in charge of the Empire’s super weapon, the Sun Crusher. She was in the Maw Installation, and was discovered by Han, Kyp Durron and Chewie as they escaped Kessel, and was shocked to discover the Empire was gone. She promptly attacked the New Republic, but lost. She was a recurring character, one who popped up every so often, and became the Chief of State of the Galactic Alliance after Darth Caudeus(Jacen Solo)’s death.

Daala worked her way through the Empire’s ranks despite discrimination because of her gender. While she did sleep with Grand Moff Tarkin, I believe she worked enough to earn her rank of Admiral. She scored high marks on all her evaluations, and is actually a decent strategist. Daala puts it all on the line to further her career, but still comes back to the man she loved from the get-go. She leaves fighting, only to return years later when her husband is murdered by an assassin that was targeting her. She could fit in as the general that replaces Leia if they decide to kill Leia off, and be the one Leia mentored back in the days of the Senate, and chooses to return based on Leia’s death. She could fit in anywhere, including the First Order.

For number one on the list! My favorite character, Mara Jade Skywalker. She was the Emperor’s Hand(an apprentice/assassin). Mara’s highly skilled in the Force, and becomes a smuggler after Palpatine’s death. She meets Luke on a trip and you can easily see the tension that comes of it. It turns out Palpatine’s last command to her was to kill Luke Skywalker. She ends up killing a clone of Luke made from Luke’s hand that was cut off in Episode V, and that shuts off Palpatine’s influence on her. Luke gives her Anakin Skywalker’s lightsaber, and she uses it until she dies. Long story short, (because I will go on about her story), she and Luke bond, and they end up married, and have one child together. She’s killed in the end by her nephew, Jacen Solo, but returns as a force ghost to Luke, and to her descendant Cade Skywalker, to provide advice.

I love Mara Jade with a passion. She’s her own woman, and refuses to conform to expectations, by anyone. Even when she marries Luke, she makes sure he knows that she won’t be the silent wife. Before they marry, she helps Luke when he asks, because she is truly the only other Force user that has close to the training Luke has. She and Luke work well together and it makes me so happy for them. Mara could be the hidden gem pulled out in Episode IX, the missing female lead character that has to replace Carrie Fisher‘s Leia Organa. I just really want to see the essence of Mara in a character. I loved her character before she married Luke, and I still love it to this day. I will always vote to have her become canon, and I hope she does one day. She doesn’t need to be Luke’s wife, or lover for that to happen, she can just be her.