In addition to various Superman and Supergirl supporting characters, CBS’ upcoming Supergirl show will introduce other DC Universe characters into its world. Red Tornado and creator T.O. Morrow will appear, as well as villains Maxwell Lord and Hellgrammite. Of course, this is only the beginning, especially if Supergirl has a long and successful run on television.

Below, I’ve listed ten potential characters to introduce on the Supergirl series. Some are characters strictly from Superman/Supergirl lore, while others are more mainstream DCU figures.

As one of the most iconic Justice League members of all time, it is a bit surprising that Martian Manhunter hasn’t yet been utilized on the big or small screen, minus his role on Smallville. J’onn J’onzz is a fascinating character who deserves to be explored in live action. There appear to be no plans right now to bring him into the DC Extended Universe, while the Arrow-verse has not incorporated aliens…yet. So, why not bring Martian Manhunter to Supergirl?
Supergirl will already establish the existence of extra-terrestrial life in its universe, and one way to further expand on that is for Kara to find an alien ally. Enter J’onn J’onzz. He could be to Supergirl what, for example, Firestorm is to The Flash. Martian Manhunter would help expand the show’s take on the DC Universe, similar to what The CW shows have done. And who knows, perhaps this could lead to a Martian Manhunter spin-off.
So, while we wait for Martian Manhunter to make his big screen debut, he would be a great fit in the world of Supergirl.
Power Girl

Karen Starr, aka Kara Zor-L, aka Power Girl, is frequently depicted as an alternate reality’s version of Supergirl. She was later implemented into the main DC Universe, and she was a member in groups such as the Justice League. While elements of the character were present in Smallville, Power Girl has yet to receive a full-fledged live action appearance, but Supergirl can change that.
If Supergirl ever explores the Multiverse – something The Flash is currently doing – it would be easy to introduce Power Girl as Earth-Two’s version of Kara, like the comics. Another possibility is to take influence from Justice League Unlimited. In that show, Galatea, who is based on Power Girl, is a clone of Supergirl created for Project Cadmus as a potential weapon against the Justice League. A similar storyline in Supergirl would be cool to see.
Out of all the current and upcoming DC shows and movies, Supergirl would be the most ideal place for Power Girl to appear. And again, she would further expand the show’s universe or even Multiverse.
Steel

Supergirl will feature many Superman supporting characters, from General Sam Lane and daughter Lucy to James Olsen and Hank Henshaw. One obvious character from this lot to include on the show is Steel. A follower of Superman’s, John Henry Irons is unfortunately best known for the live action film Steel, which starred Shaquille O’Neal and was a critical and financial bomb. Since then, he has only appeared in the occasional animated movie or show.

However, Supergirl could mark Steel’s new chance at glory. While his lack of superpowers would make him a decent fit on a more street-level show like Arrow, his strong Superman connections obviously make him a better fit for Supergirl. Steel would be yet another hero to help expand this universe, and if done right, he could become a new fan-favorite.

Superman has a plethora of lesser-known villains that will probably not appear in the DCEU, opening up the possibility of their appearing on Supergirl. One of these antagonists is Silver Banshee, whose sole live action credit is, again, Smallville. With so many DC characters coming to live action, it’s only a matter of time for Banshee to get another adaptation.
Banshee would be an ideal fit on Supergirl. If done right, she would be an entertaining and even terrifying villain for Kara Zor-El to face. Her powers would be unique to see on the show, and utilizing female supervillains is never a bad thing. Overall, Silver Banshee should appear on Supergirl, and I personally wouldn’t be surprised if it happens.
Mongul

Another lesser known enemy of Superman’s, Mongul is a powerful villain who would be a very formidable match for Kara Zor-El. This character has yet to appear in live action, and there appear to be no plans to change that. However, he would be a good fit into the world of Supergirl.
Again, Mongul’s inclusion in Supergirl would continue to expand the cosmic side of the universe. He could essentially be to Kara what Darkseid is to Superman. In fact, I wouldn’t complain if Mongul was the Big Bad for a season of the show. Also, in the comics, Mongul has connections to Hank Henshaw, who is a series regular on Supergirl. Could something like that be explored on the show?
Emil Hamilton 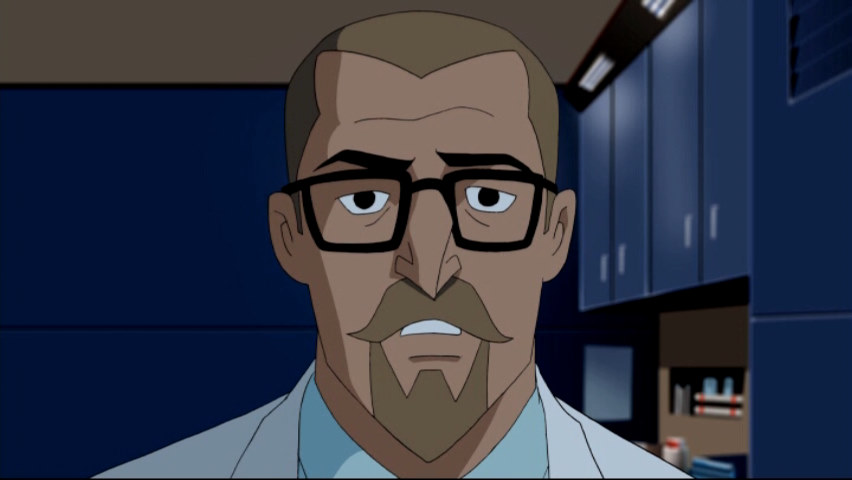 Emil Hamilton is yet another key supporting character in Superman lore. The professor was recently seen in Man of Steel, where he was seemingly killed off. This opens the door to one of DC’s shows utilizing a new take on Hamilton. He would be a very ideal fit in Supergirl.
Hamilton is frequently depicted as a scientist at S.T.A.R. Labs, which currently plays a big role in The Flash. Assuming that Supergirl doesn’t introduce its own version of the company – since the show is probably in a separate universe from The CW’s shows – that part of the character will have to be changed. But one way Hamilton could be used is in, again, an adaptation of the Galatea/Power Girl storyline from Justice League Unlimited. Have Hamilton create a clone of Kara, and the two come to blows. Boom.
There are other story options, of course, but Hamilton would be another great character for Supergirl to utilize.
Ultra-Humanite

Ultra-Humanite is a lesser known villain who has encountered both Superman and the Justice League. He is a highly intelligent, powerful enemy who looks like a primate. Arguably his most recognizable portrayal was in the Justice League animated series, where he became associated with Lex Luthor and his Injustice League. He is an interesting character who would be cool to see in live action, and due to his connections with Superman, how about Supergirl?

Ultra-Humanite would be a villain that would challenge Kara both physically and mentally. The only potential issue is, The Flash is already using its own telepathic, brutish ape in the form of Gorilla Grodd. Would Supergirl want to use a similar villain? Of course, however, Ultra-Humanite has potential to stand out from Grodd, depending on how he is adapted. Hopefully, that will happen.

The Legion of Superheroes

This futuristic team of, well, superheroes has had many connections to Superman and Supergirl lore, appearing in everything from Smallville to Justice League Unlimited to their own animated series. It was recently rumored that Warner Bros. was in the early stages of developing a Legion of Superheroes movie, but it is unknown when, or even if, that will materialize. If it doesn’t, it would be cool to see the Legion appear on the small screen in Supergirl.
Adding the Legion’s mythology would add a whole new angle to Supergirl in the form of time travel and the future. It would make the series feel even bigger, and it has worked wonderfully for The Flash. Have Kara travel to the future to meet the team, or have the team travel back to the present day.
Having the Legion of Superheroes on Supergirl would allow the show to tap into its full potential, and the team would be an exciting inclusion in this universe.
Parasite

Yet another lesser-known enemy of Superman’s is Parasite, who has the unique ability to absorb his enemy’s powers and energy. This, of course, makes him a formidable foe for the Man of Steel. Unfortunately, it doesn’t look like Parasite will be utilized in DC’s movies or shows just yet. However, he would make a fine addition to Supergirl.
Again, Parasite’s absorption power would be a challenge for Kara Zor-El, and it would be neat to see her overcome it. Also, the two have had confrontations in the comics – Parasite hasn’t only fought Kara’s cousin! – so there is precedence.
Parasite is a great villain who deserves to be utilized in live action, and Supergirl is arguably the most ideal fit for him.
Superboy

Jason Momoa In Talks To Join BATMAN VS. SUPERMAN; Is He Up For Doomsday Or Martian Manhunter?