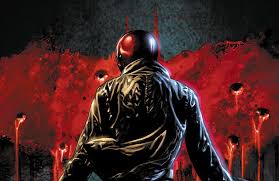 Warning: This rumor contains spoilers for the DC Extended Universe and Batman films.

With Ben Affleck rumored to write and direct the next Batman film, many fans have been wondering what will be the main plot of the film. Now JoBlo, is reporting that the film will focus on The Red Hood and ‘A Death in the Family’ storyline.

Here’s a brief rundown of the story; Red Hood is Jason Todd, the second Robin. After a nasty run-in with the Joker, Todd was beaten to death and left for dead. Todd is then resurrected leading to him becoming the anti-hero, Red Hood.

The animated film ‘Batman: Under the Red Hood’ has Ra’s al Ghul bringing Todd back via the Lazarus Pit. It has not been confirmed if this is how the story goes in the new film. However, Red Hood will be an antagonist to Batman, and the Joker – played by Jared Leto in Suicide Squad – will make his presence known.

JoBlo is also reporting that Dick Grayson, the first Robin will make an appearance in the film. At this point, Grayson is now Nightwing and will be helping Batman solve the mystery of the Red Hood. It seems the film will have Batman use his detective skill and try to uncover the Red Hood’s identity. Todd will leave clues as he wants Batman to know it’s him, similar to the video game ‘Batman: Arkham Knight’.

They are also reportedly looking to cast an unknown actor for the role of Jason Todd.

We may see Red Hood is ‘Batman v Superman’ and ‘Suicide Squad’, though JoBlo could not confirm this.

Red Hood will be similar to his look in the comics, as well as his look in ‘Batman: Arkham Knight’. With Jena Malone possibly playing Barbara Gordon, this will be the first time we see the Bat-Family on screen together with Batman, Nightwing, Red Hood and (rumored) Oracle/Batgirl. That will be an incredible moment in Batman history.

For more details on Batman and the DCEU stay tuned.