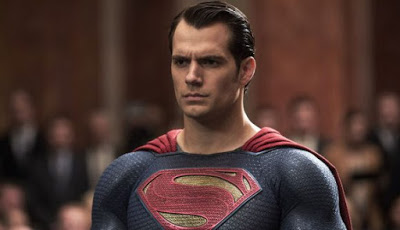 UPDATE 1: Warner Bros. issued a statement about Cavill, saying “While no decisions have been made regarding any upcoming Superman films, we’ve always had great respect for and a great relationship with Henry Cavill, and that remains unchanged”


UPDATE 2: A follow-up report from TMZ claims the firestorm generated by this story is an “invented conflict,” and that “Cavill along with others would be in play” when Superman returns to the silver screen.


Henry Cavill appears to be out as DC’s Superman.

Due to apparent scheduling conflicts, Cavill will not be making an appearance in Shazam! like people were hoping for. Contract negotiations broke down between Warner Brothers and Cavill’s representation, and as a result, future appearances from Cavill in the DC Film Universe are apparently being phased out. Nothing has been confirmed yet, from Cavill or Warner Brothers.

The studio will be instead focusing on bringing in the teen superhero Supergirl, which will enable them to sort of reboot Superman, because the movie will feature a baby Kal-El. That being said, Warner Brothers is said to have no plans for a Superman movie for the next several years.

Gal Gadot, Jason Momoa, and Ezra Miller still are attached to their movies, so it appears most of the team will remain intact.

Does this news surprise you? Any thoughts, hopes or dreams for the character? I know here, we’re kinda hoping this news, is fake news, but that seems improbable at this point. Be sure to let us know ANYTHING you’re thinking, on Twitter, Facebook, or Instagram, @WOBAMEnt. We’ll keep you updated with all the latest news, so make sure you’re following us to get all the latest.