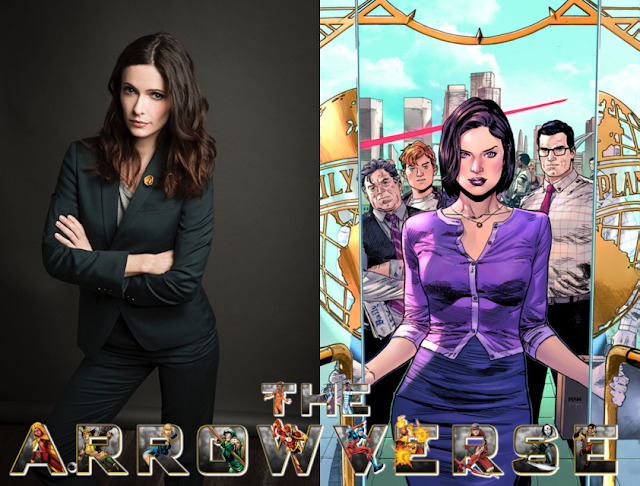 Lois Lane is heading to The Arrowverse!!!

Today we have word from the Hollywood trades that actress Elizabeth Tulloch will be stepping into the reporter’s shoes for this fall’s Arrowverse crossover. The crossover is a huge three-night event, covering The Flash on Sunday, December 9th, Arrow on Monday, December 10th, and Supergirl on Tuesday, December 11th. The event is set feature the return of Tyler Hoechlin as Superman and introduce Ruby Rose as Batwoman.

The 37 year old Tulloch most recently wrapped her run as the female lead on NBC’s Grimm, and also starred in the Oscar winning Best Picture, The Artist.  The CW clearly has their sights set high on Lois, who was most recently played by Amy Adams in Man of Steel, Batman v Superman, and last summer’s Justice League. With DC Universe’s Metropolis show currently in development, chances are we’re gonna have a LOT of Lois on the small screen in the very near future.

Now, get this woman a solo film.

Landon Beall
Creator of Story Bake. Ask me about Myst.