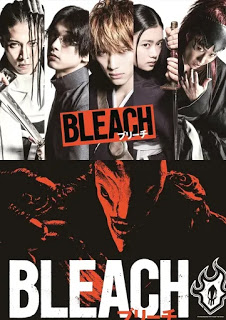 Just like how we in the west love to adapt comic books, Japan loves to adapt their mangas. So I guess it was a matter of time that Bleach got the treatment. For those who are unaware, Bleach is a manga that started in 2001, created by Tite Kubo. The story follows the human Ichigo Kurosaki, whose life changes when the soul reaper Rukia visits his home.

In the near future I will be covering the Bleach anime for WOBAM, and I’m aiming to start around Halloween for that.

With that said, let’s start the movie review.

Sweet Christmas. After the fiasco that was the Attack on Titan movies, as well as the live-action adaptation of Full Metal Alchemist (which I reviewed on Movie-Maister before my time here at WOBAM), I wasn’t sure what to expect from Bleach. But this adaptation proves that you can shorten a decades-long story arc and make it work in under two hours. The introduction to our main character is close to perfect. It felt like I was back watching the first episode of the anime and the first chapter of the manga. It knows what type of wheels it’s running and it adapts very well to its environment.

Does the movie have the typical Japanese cheese acting? It sure does. But I find that it works, considering the comedic tendencies of Bleach. Are the special effects mediocre, yet still good for a Japanese live-action movie? Absolutely.

However, I find that the minimal special effects works to the film’s benefit. Bleach goes for a more “personal” direction, which I enjoy. The fight choreography is well made, especially the sword fight at the end of the movie.

If you are a Bleach fan, I highly recommend this movie. I don’t know if a sequel has been announced yet, but I cross my fingers that we get one.