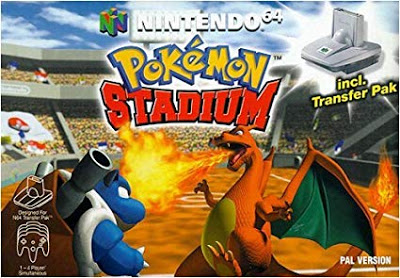 I can imagine some reactions right now. Going from being confused, horrified or downright shocked. Getting nightmares from the days of old on how a simple random trailer could be so horrifying because you were afraid that a gamble you took would fail miserably.

For you that wonder what I’m talking about, let me give you some context. On August 1, 1999, Pokemon Stadium was released in Japan, with a western release one year later. While there isn’t a story to follow or Pokemon to catch, there is still the access to defeat gym leaders and different types of tournaments. You also have the chance to play some small variety of mini-games or play free battles again your friends or computer. The way you had access to Pokemon was to either pre-build Pokemon that the game gave you to use or your Pokemon from a Gameboy color game if you connected them via a transfer pack. One year later, a sequel was released, which pretty much is the same game but with the access to generation two Pokemon and gym leaders.

So with that said. Why would fans have nightmares over these games? It’s simple. That’s because they are hard. Some call them downright broken at times. I can even admit that the only reason I’ve never truly finished them is that the memory battery of my older games has died long ago and I have no idea to fix it. So why do I want this sub-franchise back?

Just like the explanation of why people have nightmares over them, it’s easy to explain to me why I want them to return. As someone that has played every generation, I’ve noticed a trend for the franchise, starting with X/Y. No, this has nothing to do with my age and how long I’ve played this franchise considering the games I previously reviewed this week gave me a good challenge.

I can understand from a money perspective if Nintendo wants to get the casual audience for the franchise. That’s where the most money is. But why do so in the cost of your fans that have supported this franchise for decades?

That’s why I would like to see Pokemon Stadium return (although as something more balanced). Give the ones that hunger for more of a challenge a bone or two. Especially considering they don’t seem to know what a difficulty setting means. Nintendo, you own Intelligent System, the studio of Fire Emblem. You should know that there is money in catering to both crowds.

At this point, there we can only wait and see. Considering The Pokémon Company announced Let’s Go as a spin-off and say that a core title is coming next year, maybe that’s their way to cater to both. Only time will tell.

What do you think of all this? Do you agree? Do you disagree? Comment below and let us know or tweet to us at @WOBAMEnt.