In today’s edition of TV News Bits, we have new details on Stargirl, The Flash, Iron Fist and more. Let’s get started!

Our good friends at GWW dropped an exclusive on the Stargirl series. They learned that Wildcat will make an appearance during the show’s first season. Now, this isn’t the original Ted Grant version of the character. This will be Yolanda Montez, the goddaughter of Ted Grant. Yolanda will be attending Blue Valley High alongside Courtney Whitmore (Stargirl). 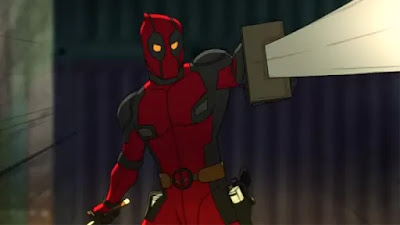 Up next we have some news on FX’s canceled Deadpool series. During a chat with Variety, FX CEO John Landgraf crushed all hopes that they would revive the series, saying: No. I think that Marvel will revive it because they have the rights. They own the IP and they have the rights to do an animated adult series based on any of the X-Men characters and based on Deadpool specifically. They didn’t want to do the show that Donald and Stephen [Glover] wrote. We would have done show that Donald and Stephen wrote, but it wasn’t our decision. When Marvel decided not to do that show, we parted company with them as did Donald and Stephen. Now it’s totally up to them [Marvel] whether they hire someone else to do a different show.
This is very disappointing considering that the series had great talent behind it. Hopefully, Disney and Marvel bring it back in some form.

We also have some casting news on The Flash season 5! Deadline is reporting that Kiana Madeira (Sacred Lies) has been cast as Spin. This is a bit of a deviation from the comics; as Spin is usually depicted as a Male character. The showrunners have decided to take some liberties and change things up a bit. The character’s real name is Spencer Young, an up and coming social media influencer. She decides that she can potentially make it big in Central City and finds her way into The Flash’s world. How? We don’t have details yet, but Madeira will make her Flash debut in episode four.

Last but not least we have some cool insight on Iron Fist season 2. A fan asked showrunner Raven Metzner if he was a fan of the character Moon Knight. Metzner replied by saying: Adore. Grew up on the classic. Thought the Warren Ellis run was transcendent. Things got even more interesting when another fan asked if he was a fan of Jeff Lemire’s run. Metzner then tweeted the following:

Loved it. Moon Knight came up many times in the writers room as we discussed Typhoid Mary. https://t.co/uFlHJ4Hleq
— M. Raven Metzner (@MRavenMetzner) August 11, 2018

It feels like we might see Moon Knight in some sort of Marvel project in the near future. Marvel head Kevin Feige has already confirmed that they have plans for him.

That’s it for today’s edition of TV News Bits! For more on Deadpool, Iron Fist, Stargirl, The Flash, and everything else DC and Marvel, stay tuned.