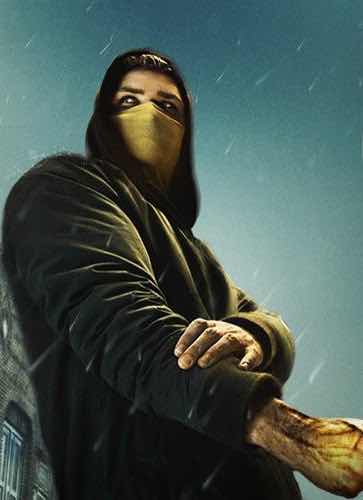 Those hoping for a third season of Iron Fist can hang their hats.
Deadline is exclusively reporting that the show’s second season will be its final bow. In a statement from Netflix and Marvel, the team stated “Marvel’s Iron Fist will not return for a third season on Netflix. Everyone at Marvel Television and Netflix is proud of the series and grateful for all of the hard work from our incredible cast, crew and showrunners. We’re thankful to the fans who have watched these two seasons, and for the partnership we’ve shared on this series. While the series on Netflix has ended, the immortal Iron Fist will live on.”
The statement leaves open the possibility of Danny Rand returning in the future, either on the other Netflix Marvel shows, or in a revival on another network. Season 2 was well received ‘round these parts, so a 3rd would have a welcome spot among our crew.
What do you think of this news? Are you as bummed out as our EIC?

Me: “Hey, Iron Fist Season 2 was good. They actually got me excited for a third season.”

Let us know on Twitter @WOBAMEnt. And for all things Iron Fist, keep it here at WOBAM!
Source: Deadline

Landon Beall
Editor-in-Chief at WOBAM Entertainment
Ask me about Myst.

Ask me about Myst.