Catch up on our previous reviews here.

When a new TV show premieres, it can take several episodes for it to find it’s place while it struggles with what tone and stories it seeks to tell. Some make that jump easily, other shows take a bit longer. A few shows never survive this crucible.

Cory Anders (Anna Diop) takes the forefront here, saving Rachel Roth (Teagan Croft) from the nuclear family, flambeing the Nuclear Dad (Jeff Clarke) in the process, and winning Rache’s respect by taking down a smalltime punk and his posse. They both seek answers to their own questions and hope that answering one mystery would solve the other. 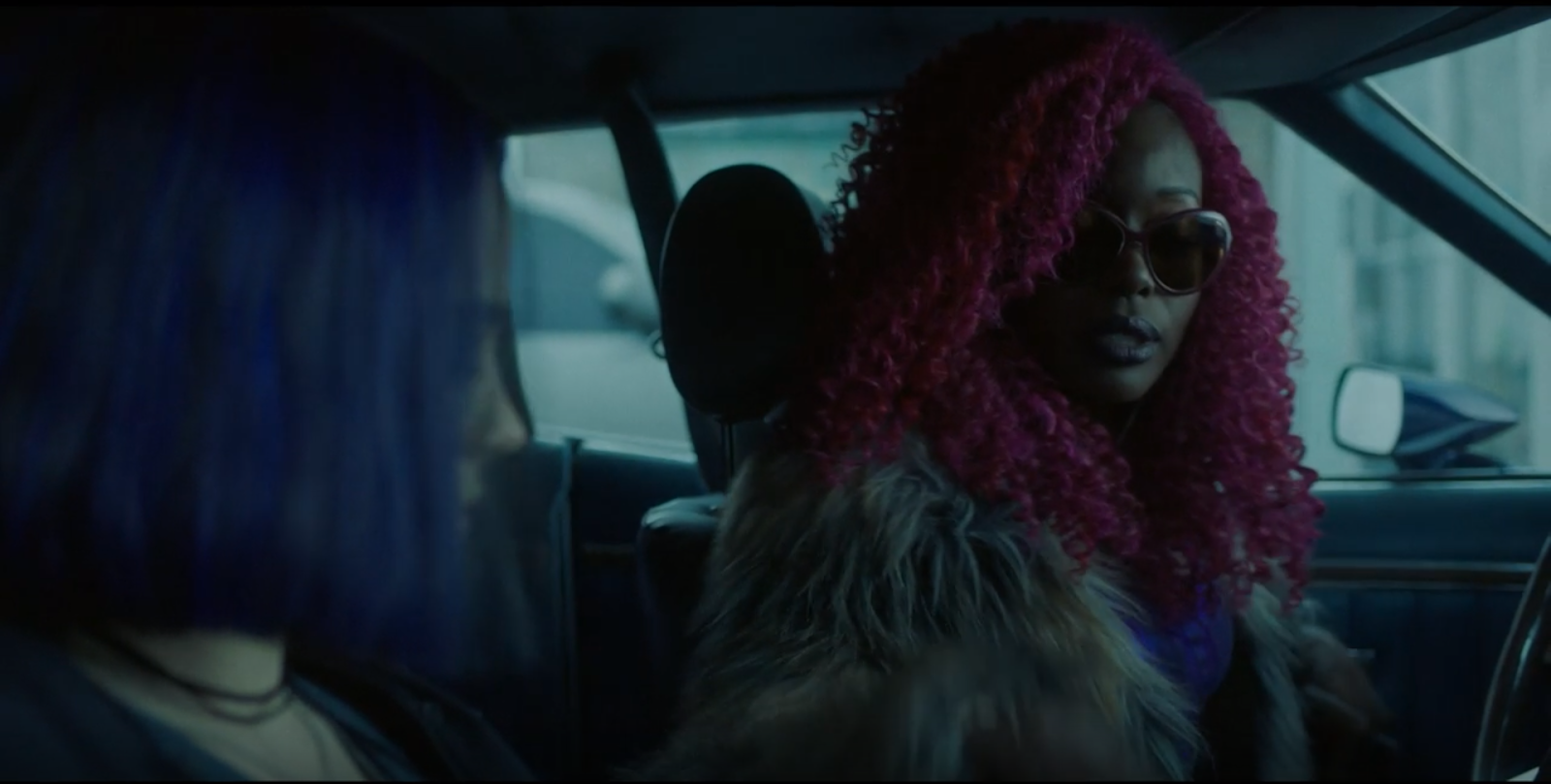 The other main plotline is Dick Grayson (Brenton Thwaites) on their trail, leaving behind Hank Hall (Alan Ritchson) at the bedside of a comatose Dawn Granger (Minka Kelly), and dwelling on his attempts to leave Wayne Manor for vengeance. His social worker (Cara Ricketts) serves as the foil for Young Dick Grayson (Tomaso Sanelli), pushing him to explain his actions. Wayne Manor is a quiet and empty place, notably devoid of Alfred, and we start to see how Dick started working with Bruce.

Down a patriarch, the Nuclear Family report their failure to the man who activated them, Doctor Adamson, credited as The Messenger (Reed Birney). Detonator in hand, Nuclear Sis (Jeni Ross) talks Doctor Anderson into monologuing and sparing the family. Based on the scenery chewing, The Acolyte we met in the first episode might be on the other side of the shadow war for Rachel, if only misguided.

At St. Paul’s Convent, Cory receives her next clue, at Scooter’s Roller Palace, while a nun that remembers Rachel, Sister Catherine (Meagen Fay), drops hints and whispers about Rachel’s father. At Scooter’s, Cory finds the next step on the scavenger hunt she left herself, and a Green-haired Gar Logan (Ryan Potter) plays pinball with Rachel. Dick arrives to find that Rachel and Cory are a unit now, and while trying to pull her away, Rachel loses control, shattering every window in the parking lot.

In the church of the convent, Dick apologizes to Rachel, and passes on what he’s learned since his parent’s death; no one and nothing will make up for the loss. It’s a moment of character development and emotional vulnerability that makes this show sing. Cory takes the Robinmobile and Dick gives chase leaving Rachel in the convent, in the hands of Sister Catherine. 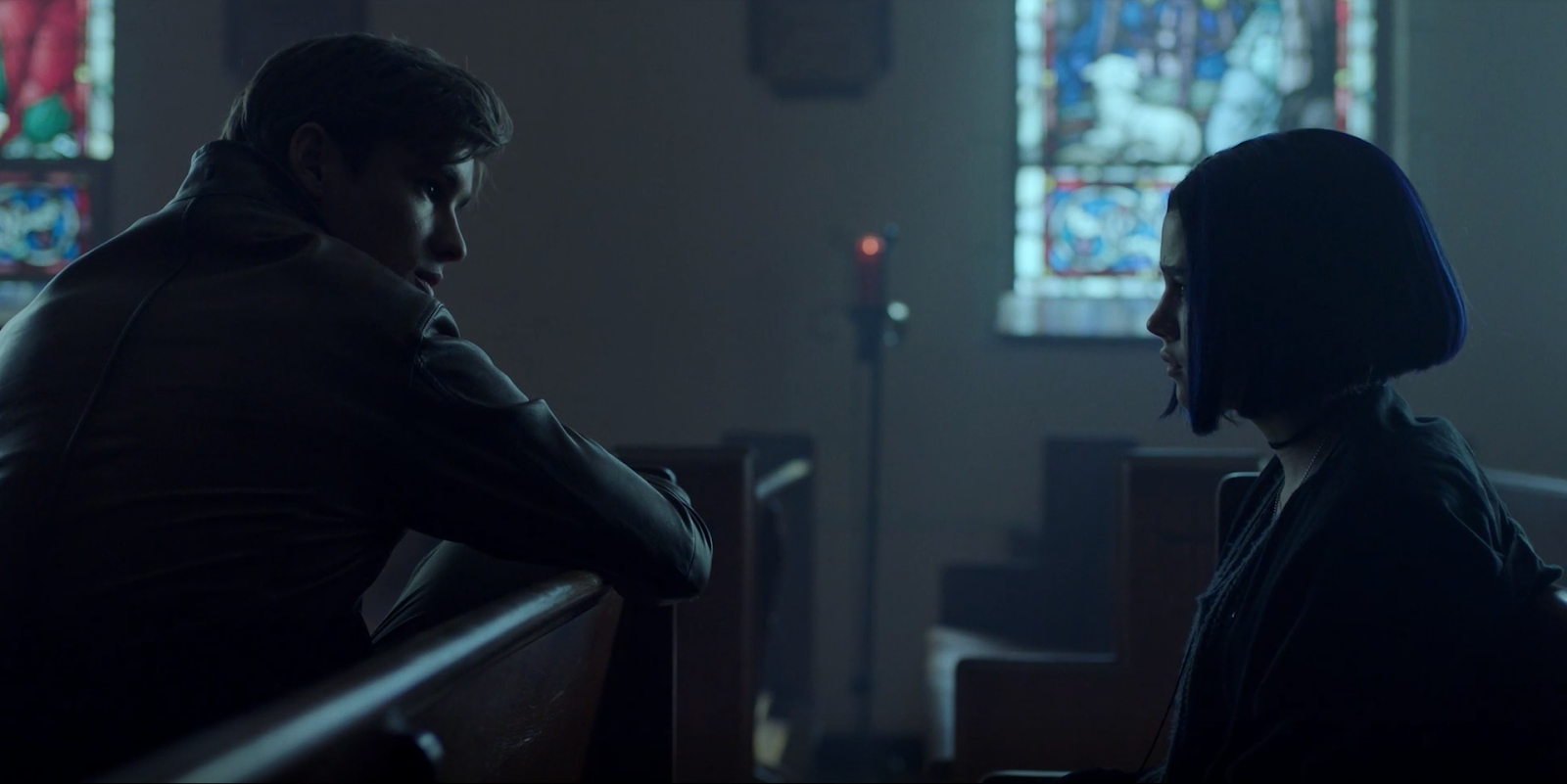 Cory finds her conspiracy theory storage unit, filled with musings on the nature of Ravens, her log trying to find Rachel, and many writings in Tamaranean. Dick arrives shortly later, and they start putting together the pieces, while Sister Catherine locks Rachel in a room. Alone with herself, Rachel’s shadow comes out to play again, but whether it’s part of her mind or an external force is still unclear. She explosively escapes after losing control again, smoke rises, birds flock, and Rachel runs into the woods. This episode is fantastically written, moving forward the narrative while keeping the mystery present and dwelling into our characters, keeping the pacing perfect. Anna Diop owns her moments onscreen, backed by an incredible use of music in her fight scenes. Her bonding with Rachel is genuine, and they clearly become friends. This might not be the Starfire you grew up watching, but it’s a Starfire worth seeing.

Dick Grayson’s plotline shows the decisions He and Bruce made that lead him down his dark path. His Character development pushes the show more than any fight scene or F-bomb could have, making it a truly adult show.

I still am disappointed in the confirmation that Dick’s Partner was murdered by the Nuclear Family. Dawn, while alive, is in a coma, and that fact is used by the Demon to taunt Rachel Further. It’s still a letdown, and given the amount of screentime Hank and Dawn were given the last episode, seeing them fade into the scenery feels like a disservice.

Furthermore, Dick’s Flashbacks are very much missing an Alfred Pennyworth, and while we have his social worker, she’s there to serve as an external force to reveal Young Dick’s internal conflict. Social Workers aren’t psychologists, but one of the few reasons to break confidentiality is an intent to harm self or others. A butler doesn’t have a duty to warn and protect.

Titans hasn’t figured itself out yet, but it’s starting to take form. The acting is there, the shots and action sequences are flawless. If we continue to see great writing such as Rachel and Cory bonding, and Dick showing character development, it will become something glorious.

FLASH SPOILER Review: Episode 7×06- “The One with the Nineties”