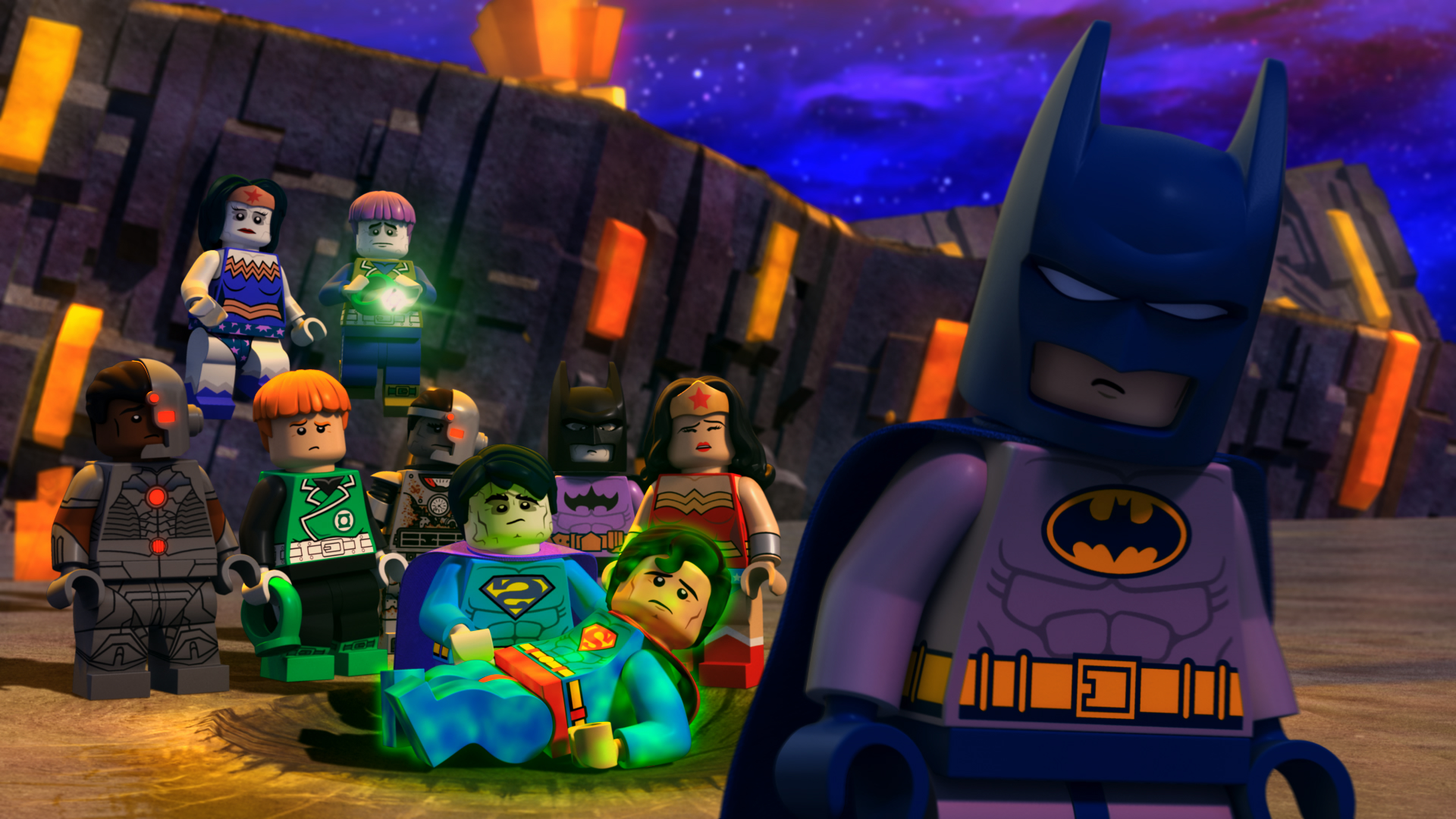 This week saw the announcement of a new LEGO DC Comics Superheroes animated direct-to-video movie, subtitled Justice League vs. Bizarro League. This installment sees the Justice League teaming up with Bizarro versions of themselves as they take on Darkseid. The follow-up to LEGO Batman: The Movie – DC Superheroes Unite is scheduled to hit stores in February 2015. And now, Warner Bros. has issued a press release officially announcing the movie, revealing the special features included on the Blu-Ray set and a plot synopsis, among other specs. Check it out below, and stay tuned for more news as we have it.

Batman has joined the newly formed Justice League in order to keep tabs on Superman, a mistrust that is complicated by Superman’s clumsy – but well-meaning – clone, Bizarro. Bizarro’s creation of the Bizarro League has caused confusion amongst the world’s greatest Super Heroes, but an even greater and mysterious threat may force the Justice League and Bizarro League to band together to defeat evil.

About The LEGO Group
The LEGO Group is a privately held, family-owned company, based in Billund, Denmark. It was founded in 1932 and today the group is one of the world’s leading manufacturers of play materials for children. The LEGO Group is committed to the development of children’s creative and imaginative abilities. LEGO products can be purchased in more than 130 countries. LEGO, the LEGO logo, the brick & knob configuration and the Minifigure are trademarks and/or copyrights of the LEGO Group. © 2014 The LEGO Group. All Rights Reserved.

About Warner Bros. Home Entertainment, Inc.
Warner Bros. Home Entertainment (WBHE) brings together Warner Bros. Entertainment’s home video, digital distribution, interactive entertainment, technical operations and anti-piracy businesses in order to maximize current and next-generation distribution scenarios. An industry leader since its inception, WBHE oversees the global distribution of content through packaged goods (Blu-ray Disc™ and DVD) and digital media in the form of electronic sell-through and video-on-demand via cable, satellite, online and mobile channels, and is a significant developer and publisher for console and online video game titles worldwide. WBHE distributes its product through third party retail partners and licensees, as well as directly to consumers through WBShop.com

About Warner Bros. Animation
Warner Bros. Animation (WBA) is one of the leading producers of animation in the entertainment industry, producing and developing both CG and traditionally animated projects for multiple platforms, both domestically and internationally. For TV, WBA produces series such as Teen Titans Go!, The Tom and Jerry Show and the upcoming Be Cool Scooby-Doo! and Wabbit – A Looney Tunes Production for Cartoon Network; original animated DC Nation shorts for Cartoon Network; and the forthcoming Mike Tyson Mysteries series for Cartoon Network’s Adult Swim. As the home of the iconic animated characters from the DC Comics, Hanna-Barbera, MGM and Looney Tunes libraries, WBA also produces highly successful animated films — including the DC Universe Animated Original Movies — for DVD. One of the most-honored animation studios in history, WBA has won six Academy Awards®, 35 Emmy® Awards, the George Foster Peabody Award, an Environmental Media Award, a Parents’ Choice Award, the HUMANITAS Prize, two Prism Awards and 20 Annie Awards (honoring excellence in animation).

About DC Entertainment
DC Entertainment, home to iconic brands DC Comics (Superman, Batman, Green Lantern, Wonder Woman, The Flash, etc.), Vertigo (Sandman, Fables, etc.) and MAD, is the creative division charged with strategically integrating across Warner Bros. and Time Warner. DC Entertainment works in concert with many key Warner Bros. divisions to unleash its stories and characters across all media, including but not limited to film, television, consumer products, home entertainment, and interactive games. Publishing thousands of comic books, graphic novels and magazines each year, DC Entertainment is the largest English-language publisher of comics in the world.

The First Trailer for THE NEW MUTANTS Has Dropped